I never had the chance to meet the late Kuwaiti Dr Abdulrahman Al Sumait, but in recent months I’ve come to appreciate the remarkable man that he was. A physician, Islamic scholar and philanthropist, Dr Al Sumait embodied Kuwait’s tradition of generosity and concern for people in need, which UN Secretary General Ban Ki Moon underscored last year in recognising His Highness the Emir Jabar Al Ahmad Al Sabah as a “global humanitarian leader”.

At age 35, Dr Al Sumait established a humanitarian organisation known today as Direct Aid. In less than 30 years, Direct Aid built more than 800 schools, 200 medical clinics, and over 200 training centres for women. And it drilled thousands of wells, helped construct many agricultural and irrigation projects and distributed thousands of tonnes of food and medical supplies in famine-stricken areas.

I’ve had the opportunity to learn about Dr Al Sumait, who died in 2013, in connection with the launch of a new $1 million prize for innovation in global health established by His Highness the Emir of Kuwait. I’ll be helping review the work of the nominees for the first prize, which will be awarded in 2016 to an innovator who has made a significant and lasting impact in furthering economic and social development in Africa. The first year’s prize will recognise a notable advancement related to communicable diseases or the delivery of health care.

More broadly, the prize will celebrate Dr Al Sumait’s life – not just by looking back at his achievements, but also by looking forward to the breakthroughs needed to carry on his legacy in Africa and create a better world for the millions still living in poverty. 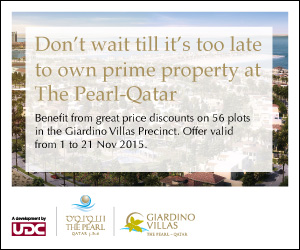 Al Sumait understood that lifting the world’s poorest out of poverty had to start with the building blocks of life – access to healthcare, education, clean water, and the agricultural tools necessary to eliminate hunger and malnutrition. And, like our foundation, Dr Al Sumait’s philanthropy was largely focused on the most impoverished people in Africa.

It’s exciting to see how Dr Al Sumait’s legacy is being carried forward in the Gulf. One of the most important developments is the creation of an innovative financing mechanism to fund programs that fight poverty. This is particularly vital for the estimated 400 million people living in extreme poverty in the Muslim world, many of them in Africa.

These countries want to provide better health services and agricultural systems for their people, but they don’t have sufficient resources, even with the development aid provided by donor countries, philanthropic organisations and NGOs.

To fill this gap, our foundation is working with the Islamic Development Bank (IDB) on a global partnership called the Lives and Livelihoods Fund. This innovative approach will link up contributions from donors with financing from the IDB. For every $20 donated by businesses, private individuals, and governments, the fund will generate $100 of investment in projects that support the building blocks of life – fighting infectious diseases, primary healthcare, agriculture, clean water, better sanitation, food security, and access to energy.

It’s an incredible opportunity for anyone who cares about driving social change to contribute and a real breakthrough in how development is funded in poor countries.

The IDB has committed $2 billion in financing, and to release it we would need to create a grant fund of $500 million. Our foundation will provide 20 percent of that fund, up to $100 million, and the Islamic Solidarity Fund for Development, an endowment, has committed another $100 million. So we’re already 40 percent of the way to creating what will become a $2.5 billion initiative based in the GCC to tackle poverty and disease across the Muslim world.

I’m excited about the Gulf’s leadership in helping transform Africa and improving the lives of people living in IDB member countries. We’ve learned a lot about what it takes to help people lift themselves out of poverty. But we need the resources to finish the job. With the support of Gulf leaders and governments, businesses, and individuals, I’m optimistic that within our lifetime we can give every child, regardless of where they were born, an equal chance to live a healthy, productive life. Arabian Business