Egypt took two dramatic economic measures by floating its currency and raising the prices of subsidized fuel, steps that all but secure a $12 billion IMF loan seen as crucial to attracting investments and ending a dollar shortage that has crippled business activity. 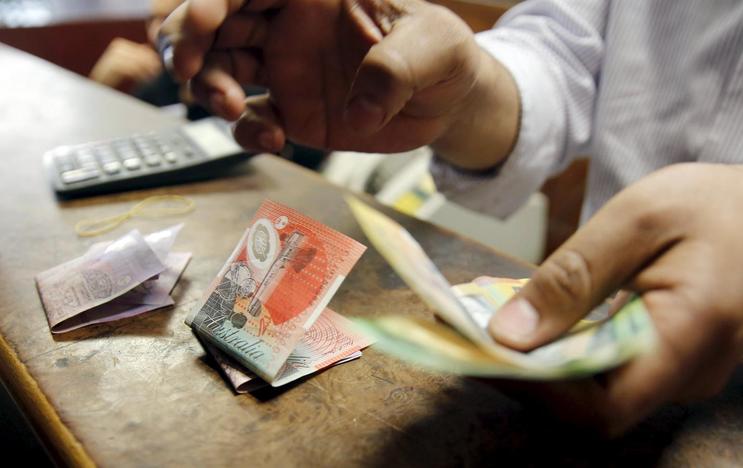 Long lines of cars began forming at gas stations in Cairo shortly before midnight on Thursday after local newspapers reported the government’s plan to raise the price of gasoline and diesel by as much as 47 percent. The move came hours after the central bank announced it would abandon currency controls and raise interest rates to the highest level in more than a decade. The pound tumbled as much as 45 percent.

The decisions will ease what international investors have long complained to be a drag on the Egyptian economy — an overvalued currency and unsustainable subsidies — and help win the final approval for the International Monetary Fund bailout. The government of President Abdel-Fattah El-Sisi, however, has now to manage the immediate fallout on average Egyptians struggling with surging prices and more than five years of turmoil that saw the ouster of two presidents.

“How am I going to afford this?” said Ahmed Adel, 35, an engineer, as he queued for gas. “I’m single with no children, I can’t imagine how are people with families going to live with food and fuel prices reaching those levels?”

Egypt has struggled to revive its economy since the 2011 uprising that ended Hosni Mubarak’s three-decade autocratic rule and the ouster of his Islamist successor two years later. Foreign-currency reserves have stabilized this year, though remain more than 40 percent below their Mubarak-era levels.

Central bank Governor Tarek Amer said on Thursday that the decision to float the currency would end a black market for dollars that has eroded investor confidence. The IMF welcomed the flexible exchange rate and said the new system means people will be prepared to sell dollars as well as buy them, injecting more money into the economy. It will also help attract foreign investment and support tourism and exports, it said.

“This is a historic phase,” Amer told a televised news conference. “For the first time we’re facing the issue bravely.”  Egypt’s benchmark EGX 30 Index for stocks rallied 3.4 percent at the close in Cairo, the best performance among more than 90 measures tracked worldwide by Bloomberg, to the highest close in 17 months.

Other decisions by the central bank include:

A key measure of success will be whether banks could provide enough dollars to meet pent-up demand. “In the short term we will have to see the banks’ ability to make dollars available,” said Mohamed El Damaty, vice chief executive officer of Egyptian food producer Arabian Food Industries.

With investors and tourists staying away, Egypt has relied on billions of dollars of aid from Gulf monarchies since the ouster of Mubarak. The support has dwindled amid the drop in oil prices, prompting the government to turn to the IMF for help. As part of the agreement with the IMF, Egypt needed to secure as much as $6 billion in support. Egypt got $2 billion from Saudi Arabia and $1 billion from the United Arab Emirates. A $2.7 billion currency swap deal with China will be concluded within the coming two weeks, Amer said on Thursday.

IMF Managing Director Christine Lagarde also signaled last month that Egypt needed to tackle the exchange-rate crisis and lower energy subsidies before the lender’s board can consider the loan request. The government raised the price of subsidized fuel effective Nov. 4. The price of 80-octane gasoline was to climb from 1.60 pounds per liter to 2.35 pounds per liter, or almost 47 percent. The price for 92-octane gasoline was to rise from 2.60 pounds to 3.50 pounds, while diesel prices would climb from 1.80 pounds to 2.35 pounds. In addition, the price of subsidized butane cylinders was also raised from 8 pounds to 15, Hamdy Abdel Aziz, the spokesman of the Oil Ministry said on CBC television.

Waiting for her husband to fill up gas at one station, Sanaa Ali was pondering how their family would adapt to the new reality. “I don’t know what to do next but I think we will have to cut our spending dramatically,” she said. “I’m talking essential things, like cutting some food items and changing our kids schools to ones with less fees.”