One of the world’s biggest oil companies is pumping more than $1 billion a year into alternative forms of energy from algae engineered to bloom into biofuels and cells that turn emissions into electricity. The funds from Exxon Mobil Corp. are for more than a hundred of research projects on environmentally-friendly technologies in five to 10 key areas, according to Vice President of Research and Development Vijay Swarup. While any commercial breakthrough is at least a decade away, Exxon’s support for clean energy suggests the world’s most valuable publicly-traded oil company is looking toward the possibility of a future where fossil fuels are less dominant. 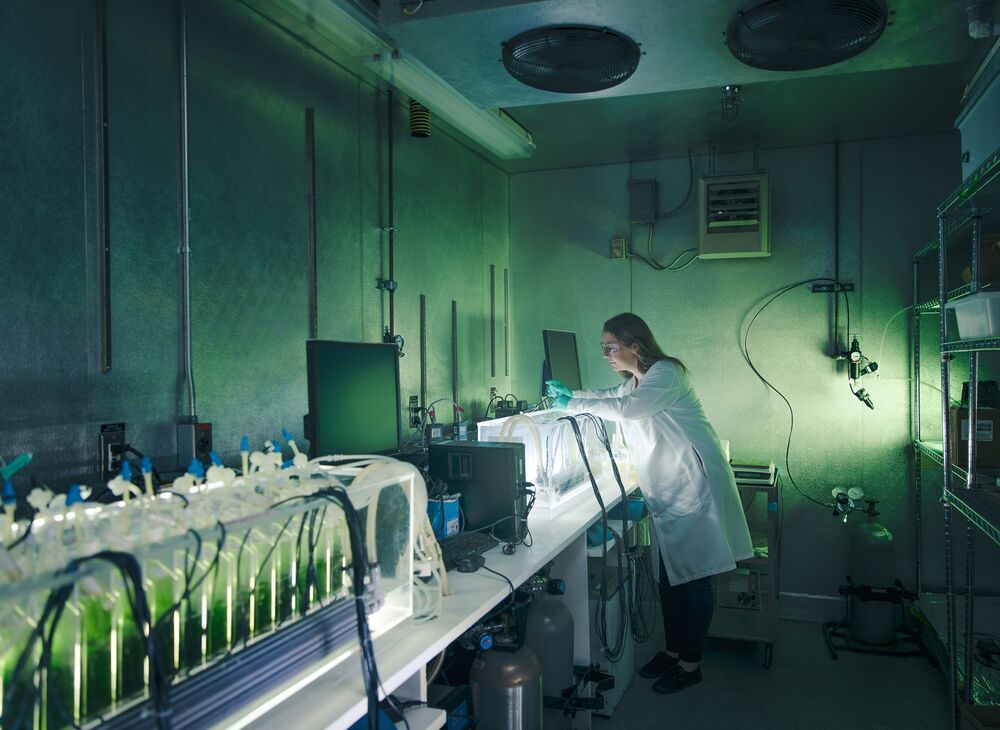 “These areas are massively challenging, and if we can solve those, they will have huge impacts on our business,” said Swarup in a phone interview. “We bring more than money. We bring the science, the commitment to research.” While Exxon has discussed some of its work before and runs advertisements about its work in algae, the remarks from Swarup are the first indication of the breadth of the oil company’s interests in alternative energies.

Exxon joins a growing list of oil majors hedging against the wider adoption of renewables, which could displace some 8 million barrels of crude demand a day, according to Bloomberg New Energy Finance. Some companies, like France’s Total SA, have made acquisitions to enter the business. Others, like Royal Dutch Shell Plc, are using experiences from running offshore rigs to develop wind farms in the North Sea.

Based in Irving, Texas, Exxon said its approach is different because its focusing on science, Swarup said. It has joined with about 80 universities and is collaborating with smaller companies on research.

Projects it’s working on include:

“We are still 10 plus years away” for both the algae biofuels and carbonate fuel cells to be deployed at scale, according to Swarup, who said the company’s been focusing research on algae for eight years.

Swarup’s biggest priority is finding and developing projects that can be scaled to Exxon’s global reach. The company operates on six continents and had revenues of $198 billion last year, bigger than the combined economies of Qatar and Kuwait, two members of the Organization of Petroleum Exporting Countries. “The common denominator when we’re looking at from a research standpoint is that we understand our role as a corporation and that is scalable solutions,” Swarup said.

“Oil and gas companies tend to consider other elements of an investment beyond just the short-term revenue potential,” said Rick Wheatley, executive vice president of new growth at Xynteo Ltd., a consultancy that advises Shell, Statoil ASA and Eni SpA on sustainability and long-term planning. “They may be more likely to see technologies as pieces that can be combined into larger products or solutions and therefore have higher tolerance for early stage and experimental ideas.”