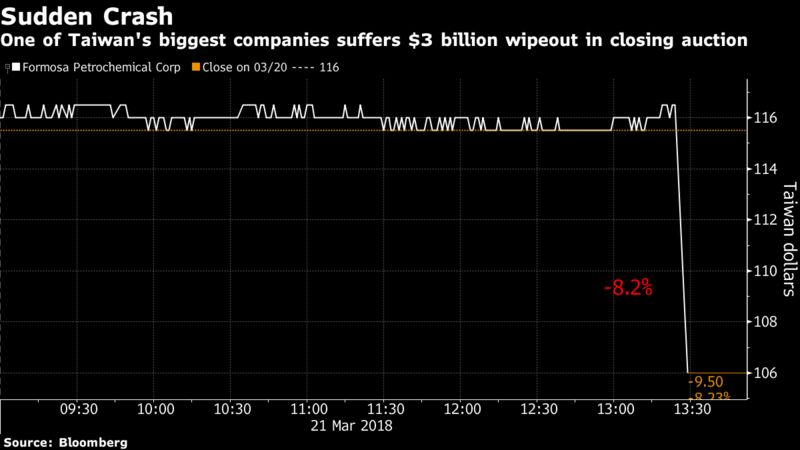 An avalanche of apparently mistaken orders at the close knocked Taiwan’s third-biggest stock down almost 10 percent in minutes, draining $3 billion from its market value.

Formosa Petrochemical Corp. lurched from around 116 Taiwan dollars to 106 in a cascade of orders that culminated in a 15.2 million-share closing auction — a trade valued at more than $55 million. This stock had averaged about 2.9 million shares of volume for full-day sessions since September.

About 90 minutes later exchange officials told Bloomberg News they found errors were made when placing orders and that brokerages will need to apply to exchange to fix them.

The island’s equity benchmark, which was up as much as 0.6 percent earlier in the day, erased all its gains at the close. Formosa Petrochemical makes up 3.1 percent of the Taiex.