Guillermo I. García-Alcocer, Head of Policies for Exploration and Extraction of Hydrocarbons at the Ministry of Energy of Mexico, opened the event with an update on Mexico’s energy reform and how it will be implemented in the coming months. He referred to Mexico’s hundred years of E&P history in his speech, mentioning that although the country doesn’t possess the latest technologies, it benefits from a good supply of crude oil.

Presentations were given by Selami Incedalci, General Manager of Petroleum Affairs at the Ministry of Energy and Natural Resources of Turkey, and Dorina Cinari, Director of the Extractive Industries Transparency Initiative (EITI) of Albania, who both discussed the necessity to provide a stable, transparent and objective environment for investors through licensing systems.

Seismic data was a key point of discussion by experts in the fields, as well as Gold Sponsor Spectrum ASA, and Exhibitor Sponsor Proseis AG. 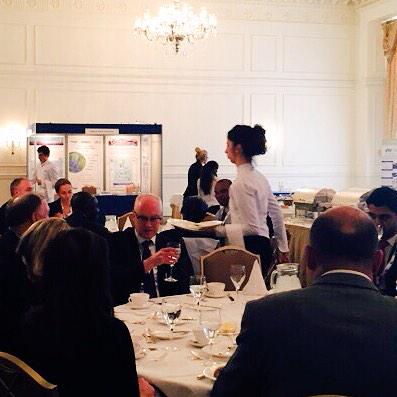 The latter two gave an overview of a licensing round from the Seismic partner perspective, including several global examples, and explained that ‘in the end, it’s all about G&G – geology and geophysics.’

The first day of the Summit also included insightful presentations by Richard Riordan, Trade and Investment Manager at the Government of Western Australia, who presented on the acreage release process of oil and gas titles, reminding potential investors that Western Australia’s current Licensing Round is closing this year with only a short time left for new bids; and by Thorarinn Sveinn Arnarson, Hydrocarbon Exploration Manager at the National Energy Authority of Iceland, who stressed the importance of seeking feedback from unsuccessful rounds and use the lessons learned to attract more international investors, as Iceland did, particularly by improving licensing terms.

The delegation of the Summit then went onto pursue business conversations with international oil and gas thought leaders during the Drinks Reception. The evening pleasantly continued with a prestigious private Gala Dinner.

The second day began with the Chairman Richard Moreton, Executive Director at Ardent Oil, giving examples on successful licensing rounds worldwide. This was followed by a talk from Petronas, given by Salina Safiullah, Manager of the Block Promotion Basin Assessment and Promotion Petroleum Resource Exploration. She assessed effective methods to promote licensing rounds, specifying that ‘[they] are still learning’.

Later that day, Dritan Spahiu, Director of Policies and Development of Hydrocarbons at the Ministry of Energy and Industry of Albania addressed the industry crisis, stating that the current situation of oil price concerns Production Companies, which shouldn’t affect Albania, that is currently in an extensive Exploration phase. He then added ‘Albania has very high potential in crude oil, it is very positive for investors’ and invited the audience to join the Albania Oil, Gas & Energy 2015 Summit in a few weeks, where more details around the opportunities will be unveiled.

Additionally, the second day featured a Panel Discussion moderated by Gold Sponsor Zebra Data Sciences, along with the National Energy Authority of Iceland, Petronas, Petra Petroleum, Ardent Oil UK and the Ministry of Energy and Industry of Albania. The oil and gas leaders debated on how effective marketing campaigns can lead to successful licensing rounds. Delegates in attendance learned that virtual data rooms and the use of multimedia facilities enable maximum outreach to effectively market a licensing round; and that uncertainty, such as rule-changing mid-way through the negotiation process, or unrealistic timeframes, are a ‘no-go’ for application process.

The last presentation of the Licensing Summit was given by Richard Moreton, Executive Director at Ardent Oil UK. He presented a small exploration company’s perspective on licensing round reality checks. Petra Petroleum’s CEO, Robert A. Lambert, joined him in emphasising that ‘smaller IOCs generate strong ideas and invest in new opportunities’.

More information on the second edition of the Oil & Gas International Licensing Summit next year, is available at http://www.irn-international.com or upon subscription to IRN newsletter. Documentation and presentations are available for purchase for those that did not attend.