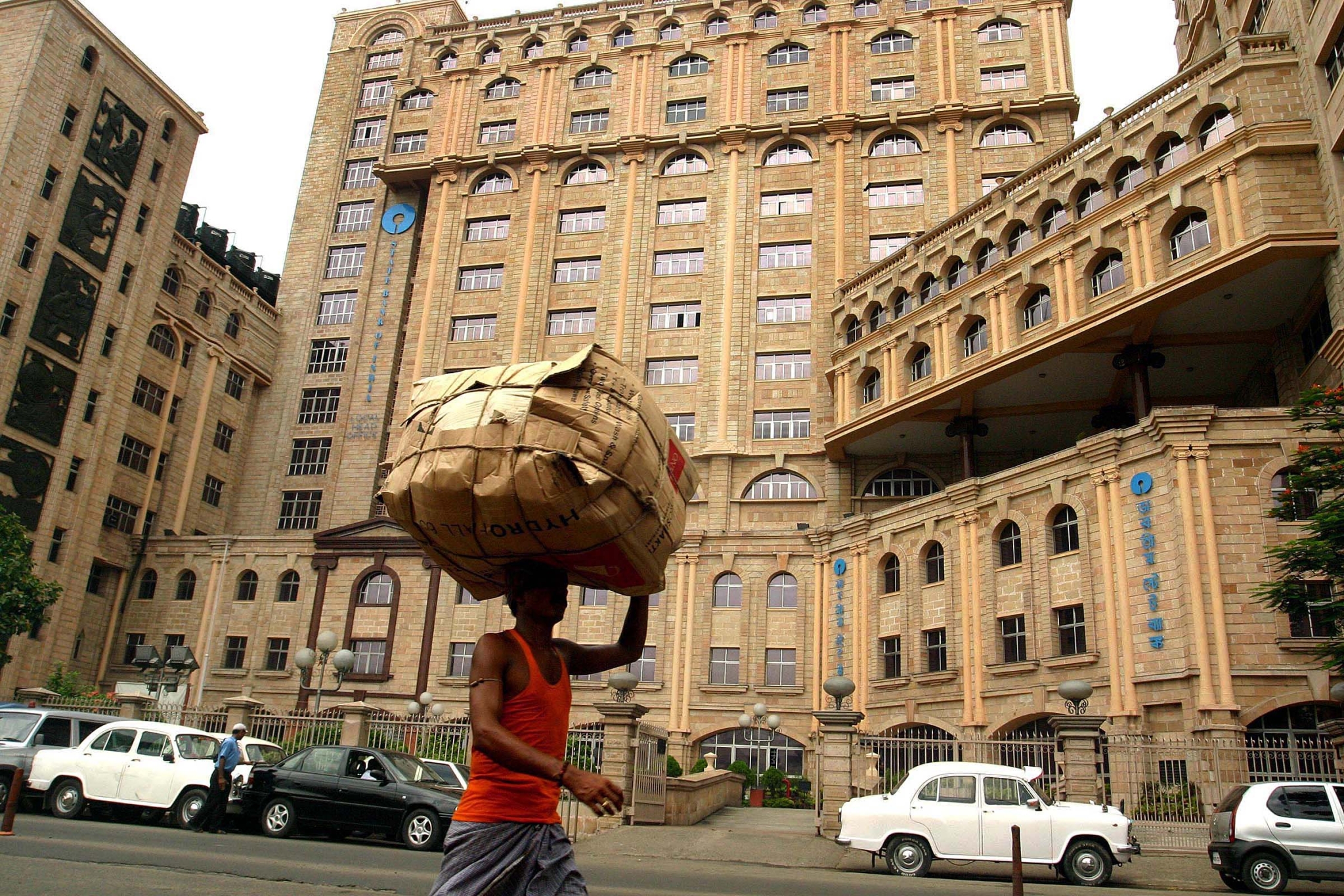 With the banned bills accounting for 86 percent of money out of circulation, there is tremendous pressure on the nation’s banking system to replenish the cash. More than 70 million transactions were recorded through midday Nov. 12, the Ministry of Finance said in a statement late Saturday. There’s adequate money in the currency chests at more than 4,000 locations and re-configuration of dispensing machines will be completed within two weeks, Finance Minister Arun Jaitley said.

Lenders have been caught out by Prime Minister Narendra Modi’s unexpected and widely-praised announcement of the withdrawal of 500-rupee and 1,000-rupee notes, part of a crackdown on tax evasion and the underground economy. Jaitley urged people not to rush to banks immediately and wait for a few days and to conduct financial transactions using electronic transfers, checks and credit and debit cards.

“A big regret is that people are getting inconvenienced, but currency replacement of this magnitude will cause some problems,” Jaitley said at a press conference in New Delhi on Saturday. “There are long, but orderly queues. Such a big currency replacement can’t be done overnight.”

State Bank of India, the country’s largest, got deposits worth 478.68 billion rupees, Jaitley said. It handled 543.70 billion rupees of cash transactions in all, including deposits, withdrawals and exchange of banknotes, starting Thursday through 12:15 p.m. on Saturday, Jaitley said. The government-owned lender and its associates account for about 20 percent to 25 percent of the nation’s banking system, he said.

The government deliberately didn’t reconfigure the more than 200,000 cash machines beforehand to help keep the announcement a secret, Jaitley said. The machines are being re-calibrated so that they can dispense new 500 and 2,000 rupee notes, which do not fit into the existing cash trays in the ATMs.

The central bank’s presses are printing banknotes at full capacity to ensure availability, Reserve Bank of India said on Saturday.

The cash crisis has seen people standing for hours in long lines to exchange the now-defunct notes, and political rivals of Modi’s Bharatiya Janata Party relaying images of the chaos on social media.

About 120,000 out of the 200,000 ATMs are operational, and presently only 100 rupee notes are being disbursed from the machines, according to the finance ministry’s statement Saturday. To overcome cash-flow problems people are facing, the government allowed the use of old banknotes to pay court fees and utility bills until Nov. 14. It had earlier also suspended collection of tolls on national highways through the same period.

“The first few days are going to be a period of inconvenience, but long-term advantages of this are to the overall economy,” said Jaitley. “There is no mismanagement at banks. Had that been the case then not so many people would have been serviced.” Source: Bloomberg, Agencies