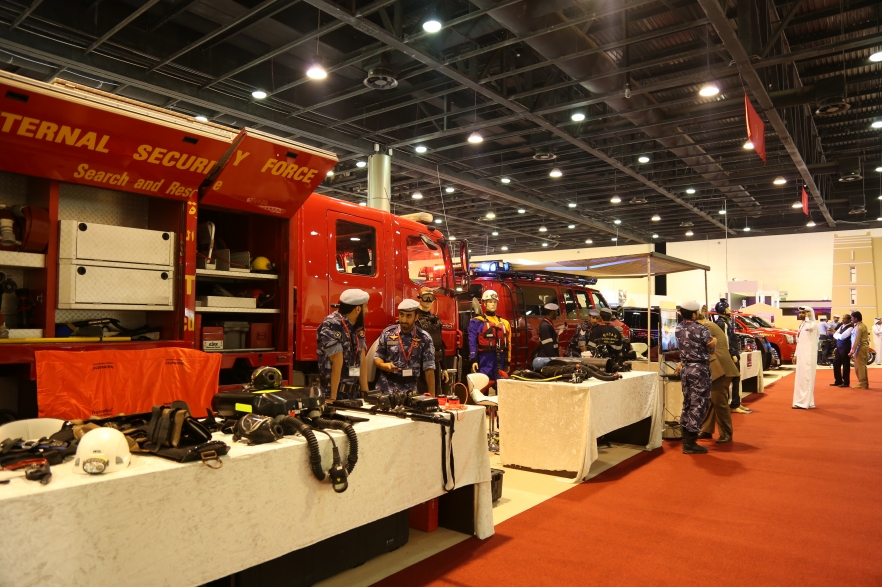 Held under the patronage of His Highness Sheikh Tamim Bin Hamad Al-Thani, the Emir of the State of Qatar, and organized by the Ministry of Interior of the State of Qatar in partnership with the French-based Comexposium Security, HE Prime Minister and Minister of Interior Sheikh Abdullah bin Nasser bin Khalifa Al Thani will open the three day event – 31 October until 2 November –at the Doha Exhibition and Convention Center.

“Marking 20 years since Milipol Qatar first opened its doors in Doha we are returning with strength and new features that will not only drive further growth and innovation in the industry, but will encourage collaboration and the sharing of knowledge amongst international peers,” Brigadier Nasser Bin Fahad Al-Thani, President of Milipol Qatar 2016 Committee said.

“As I express my deepest gratitude to His Highness Sheikh Tamim Bin Hamad Al Thani, Emir of the State of Qatar and the Ministry of Interior for their patronage of the event, I also wish to thank in advance all the participants and sponsors from Qatar for their all-out support to the event. This year will see the introduction of new seminar sessions, a key focus on civil defence, and a greater international presence with a further eight country representatives taking to the exhibition floor. I look forward to welcoming a greater number of visitors this year and to another successful year of Milipol Qatar,” he added.

Milipol Qatar 2016 will host more than 220 exhibitors from 35 countries, eight of which are new since 2014 – Algeria, Belize, Cyprus, Jordan, Lithuania, Luxembourg, Pakistan and

Uganda. The Qatar contingent represents a large section of the exhibition floor with 47 companies expected to exhibit, and a further 27 from France, 23 of which will be located within the French pavilion. Other international pavilions also to be present at the show will be China, Germany, North America and the UK.

A new addition this year is a dedicated zone for Civil Defence. The introduction will see a number of global and regional exhibitors showcasing products and developments within the sector. The prime position zone will be complemented by the Ministry of Interior of the State of Qatar’s stand, which will also be allocating a portion of its own stand to civil defence.

Another first for Milipol Qatar will be the launch of its first Seminar agenda, feature a number of leading industry experts providing key note addresses and panel discussions on topics and recent developments within the sector. Running during the second and third day of the exhibition, the Seminars will be split into three half-day tracks, focusing on areas such as Crisis Management & Resilience, Safe/Smart Cities & Large Events Security Management, and Critical Infrastructure Protection – Cyber Threat Intelligence. Key speakers will include Christian Sommade, Executive Director, French High Committee for Civil Defence, Colonel Maxence Jouannet, Civil Protection Coordinator for the EURO UEFA 2016 at French Civil Defence, and Anthony Leather, Senior Consultant Aerospace, Defence and Security at Frost & Sullivan.

“The addition of these seminars further enhances the value of attending Milipol Qatar and I am proud of the expert line up of panelists and speakers attending this year. We have already received significant feedback on the seminar introduction, with almost two-thirds of registered visitors stating that they are interested in attending them during the exhibition,” Kafantaris noted.

A key part of Milipol Qatar’s success is the quality of products and services showcased during the exhibition. Exhibitors continue to take advantage of the show’s reputation to present their latest innovations and products related to homeland security. This year, 44 new products have been registered, an increase of 50 per cent on 2014. Major exhibitors, such as IREMOS Communication, Leader Healthcare, Cobalt Light Systems LTD, High Systemes Infrarouges, Hytera Communications Corporation LTD, Magnet Forensics, Optix, Verisis A.S., and Sterela, have already indicated a number of recently launched products that they will be showcasing to this year’s visitors.

Milipol Qatar 2016 will run from 10:00am until 6:00pm on 31 October and 1 November, and 10:00am until 5:00pm on 2 November at the Doha Exhibition and Convention Center. Further information about this year’s edition can be found through the official website, www.milipolqatar.com.