Imagine every man, woman and child leaving home in 29 states, mostly in the U.S. West and Midwest. That’s everyone west of Ohio and Kentucky and north of Texas, all the way to California.

The 158 million people in those states make up the same share of the U.S. population — 49% — as the proportion of Syrians that have fled carnage there.

The war in Syria is so hellish and unrelenting that more people have left that country than any other in recent years. One of every five displaced persons in the world is Syrian. Here’s a look at where those Syrians have gone.

War has displaced half of all people in Syria

Protests against the government in Syria in 2011 soon devolved into chaotic war. The fighting and later rise of ISIS forced 10.6 million people from home — about half of Syria’s pre-war population.

Most have fled to countries near Syria

Most Syrians who have left their homeland registered as refugees with the United Nations. Three in four Syrian refugees did that in Turkey, Lebanon or Jordan.

More of them are going to Europe

The number of Syrians seeking safety in Europe has more than doubled in the past year. Many left Turkey and other countries for Europe to ask for asylum, a status that allows someone to live and work legally in another country.

They’re not the only ones

Worldwide, 59.5 million people are on the move as refugees or displaced people within their home countries. That population would be enough to make them citizens of the world’s 24th biggest country.

Humanity has never seen such displacement. Ever. “Wars, conflict and persecution have forced more people than at any other time since records began to flee their homes and seek refuge and safety elsewhere,” the United Nations said in June.

At least 15 wars and conflicts are to blame — in Africa, the Mideast and Asia. 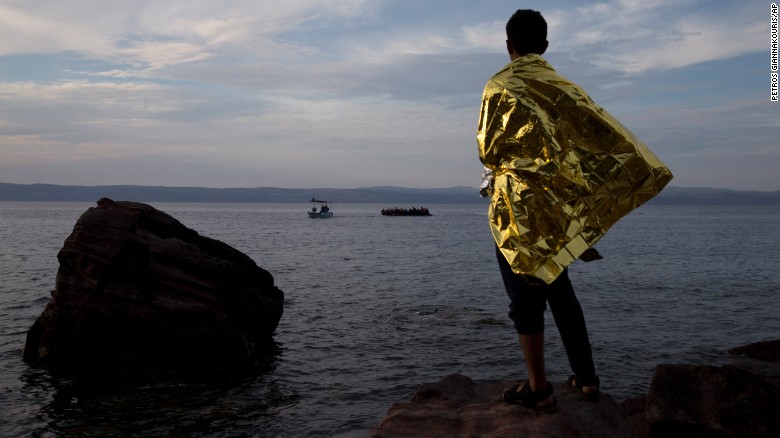 Some destinations are more popular than others

Three out of five Syrians seeking asylum in Europe are in Germany, Sweden or Serbia. Relatively large numbers of Syrians also have sought asylum in Hungary, Austria, Bulgaria, the Netherlands and Denmark.

Among the European countries receiving the fewest asylum requests are Latvia, Estonia, Lithuania, Slovakia and Iceland.

Hardly any have found refuge in wealthy Gulf states

Gulf states such as Saudi Arabia, Qatar, Kuwait and Bahrain have been criticized for resettling no Syrian refugees despite similarities of language, religion and culture.

Human rights groups say the Gulf states, their wealth reflected in skyscrapers and upscale shopping malls, have plenty of resources to resettle Syrian refugees. Some in the Gulf states point out that they have contributed tens of millions of dollars in humanitarian relief for displaced Syrians.

The United Arab Emirates, on the other hand, has been welcoming, receiving and extending residency permits to more than 100,000 Syrian nationals since 2011. Source: CNN