The Long Way to Beat the Laptop Ban. Business travelers face longer trips and higher ticket prices if they’re to circumvent the ban on using laptops and other electronic devices aboard U.S.- and U.K.-bound flights from a clutch of airports including four of the world’s busiest aviation interchanges.

While an analysis of routes to the U.S. and U.K. from Asia, Africa and the Middle East reveals that passengers have a number of options for avoiding the ban-affected hubs of Istanbul, Dubai, Abu Dhabi and Doha, many of the alternative routes involve lengthier journeys, higher fares or limited timetables—and sometimes a combination of all three.

Countries Affected by the Ban

The analysis shows how the self-styled “super-connector” hubs, located at a natural crossroads between landmasses, have come to dominate inter-continental flying, especially in linking cities that lack the direct services preferred by business travelers. Dubai, home base to Emirates, which has grown from a two-plane operation into the world’s largest international airline in barely 30 years, has two-thirds of humanity living within eight hours flying time. Transfer passengers—those changing planes between flights—already make up almost two-thirds of the total at Emirates, with Qatar Airways and Etihad Airways of Abu Dhabi boasting a similar global reach. Istanbul, where Turkish Airlines has developed a similar model, faces a ban on large electronic devices in aircraft cabins not just for flights to the U.S. but also to Britain.Under the new American requirements, an executive traveling from Silicon Valley to visit programmers in Bangalore could use a laptop throughout a 22-hour journey with Emirates from San Francisco via Dubai, but would have to hand it over for stowing in the aircraft hold before leaving the United Arab Emirates a few hours into the return trip. With Etihad, which won’t now permit devices to be taken beyond check-in on U.S. services, it would need to be packed away even before leaving India.If the traveler required the device mid-flight, or wasn’t permitted to hand it in because of company policy, alternatives would include flying with a European carrier such as Air France, which does the trip via Paris, or even a trans-Pacific routing with Cathay Pacific—changing jets in Hong Kong at a cost of an hour more in the air.

Travelers May Switch to Asian and European Airlines 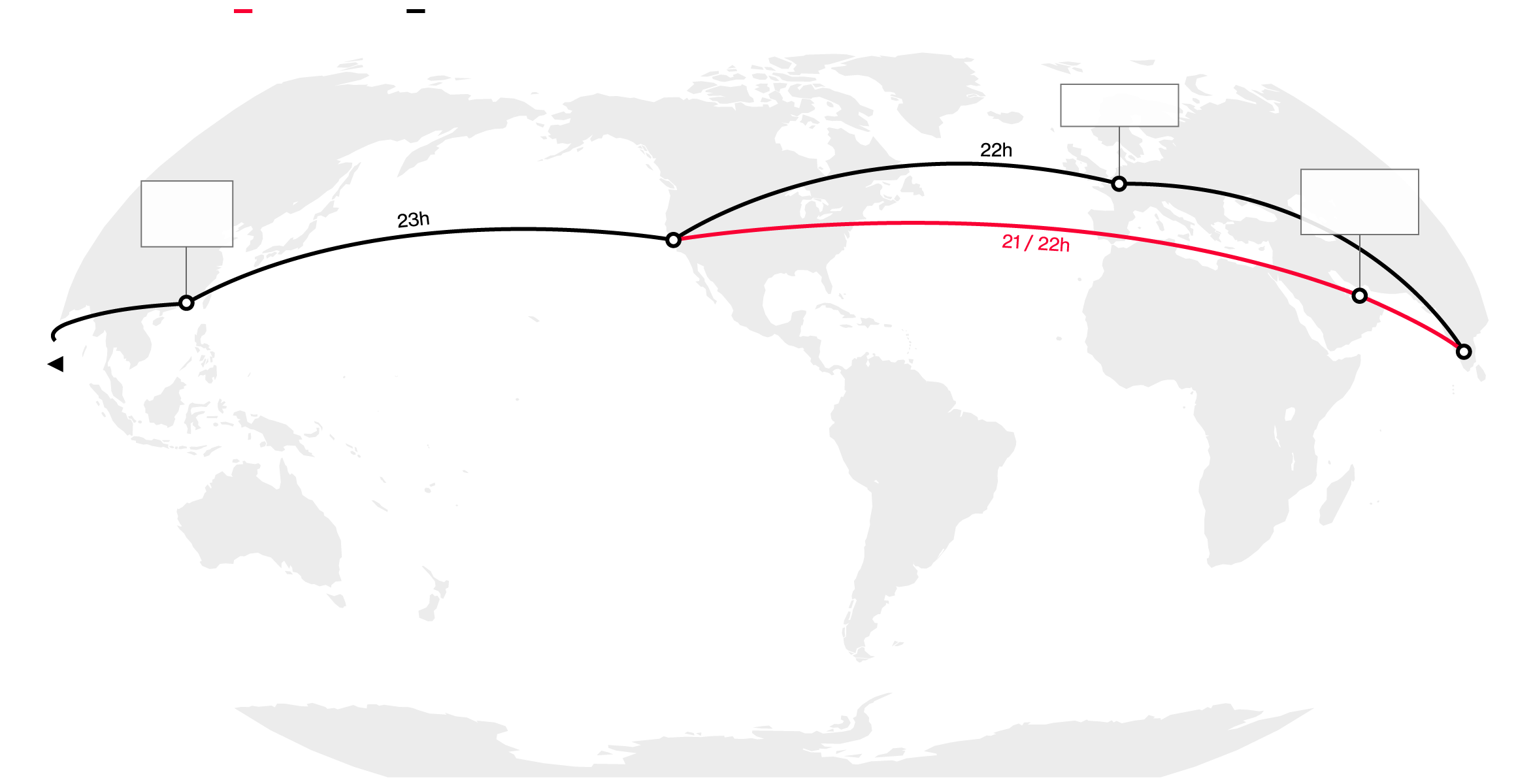 On other Asia-U.S. routes the choices are starker, with few practicable options for avoiding hubs impacted by the ban, which came into effect on March 25. Searches for flights between Karachi, Pakistan’s largest city, and New York yield options dominated by Emirates, Etihad, Qatar Air and Turkish. Pakistan International Airlines links the cities via Lahore, but only twice a week, or passengers could make a 100-mile journey to Hyderabad in India to catch a British Airways flight and change at London Heathrow.

There Are No Attractive Alternatives on Some Routes 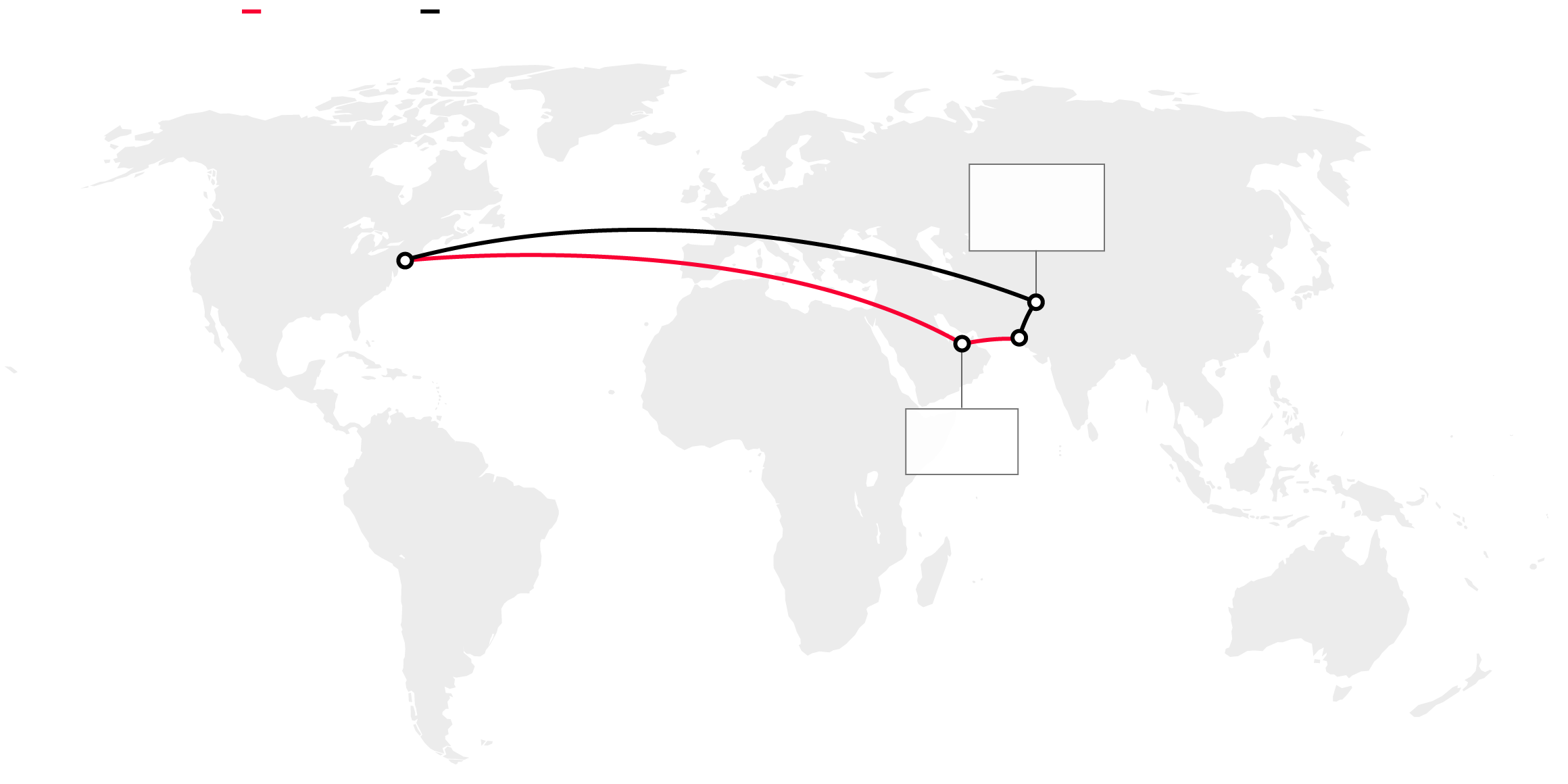 The laptop ban will also impact leisure travelers accustomed to using Mideast hubs to minimize the price of long-haul trips.Londoners who return from Bangkok coach-class with Turkish Airlines may not find the near 40 percent savings compared with a direct British Airways flight quite so appealing if deprived of their tablet or games console during the longer journey stopping at Istanbul’s Ataturk hub. For those traveling between the U.K. capital and Seoul, a trip with Finnair via Helsinki would provide a 16 percent savings versus the direct BA offering and extend the journey by two hours, compared with a 28 percent reduction and 5 ½ hours more travel time with Turkish. 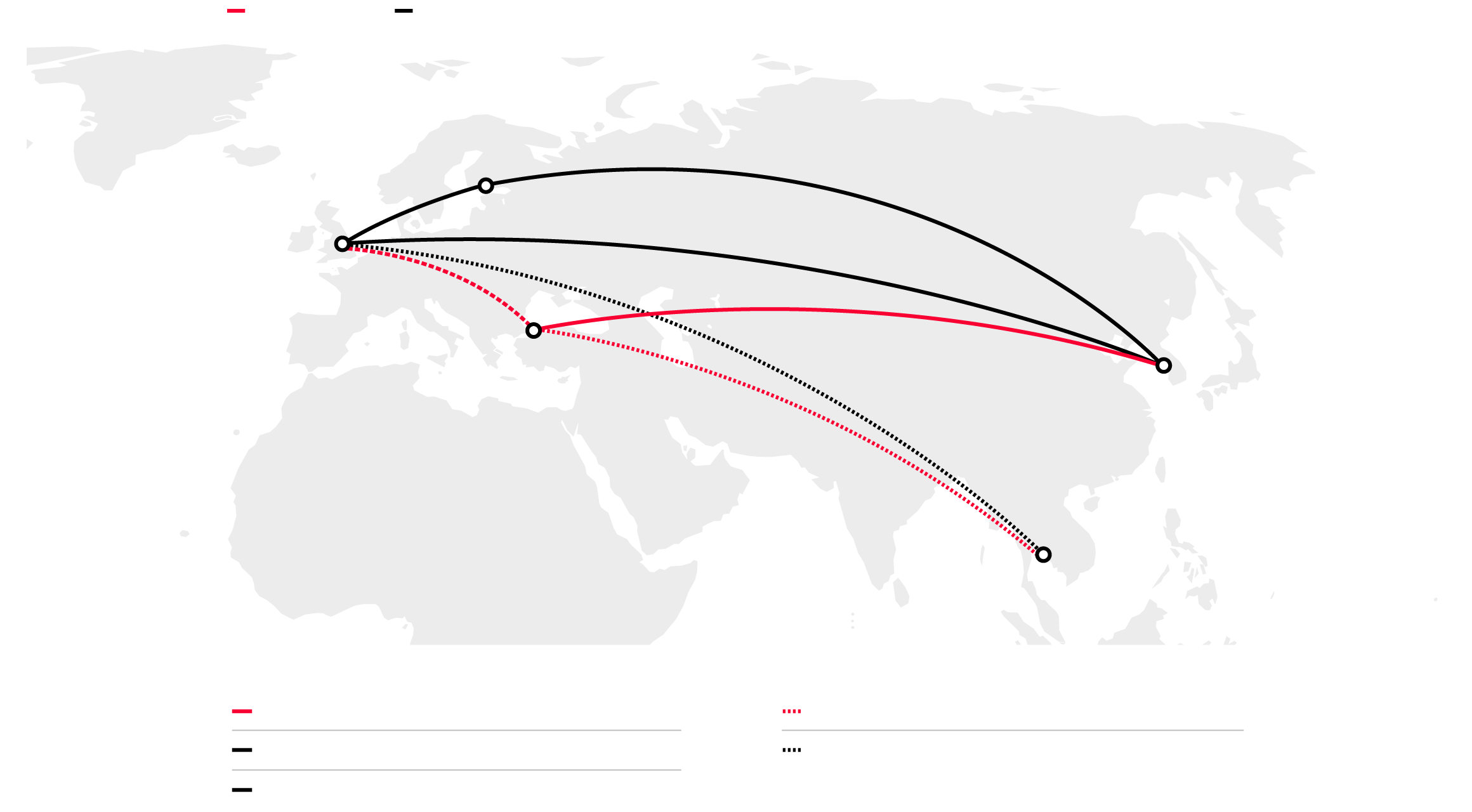 Even with the compromises involved with taking alternative routes, the U.S. and U.K. bans have the potential to “materially alter business flows,” given the importance attached to working while traveling, J.P. Morgan analyst Jamie Baker said in a note last week. Airlines at hubs such as Frankfurt and Paris may be able to charge more on some routes, and the U.S. measures could gradually undermine the dominance of the Gulf and Turkish interchanges in East-West premium markets, he said.Mideast carriers are already contemplating strategies for further minimizing the impact of the ban, with Emirates President Tim Clark telling Bloomberg the company may explore the possibility of handing out U.S.-approved loaner laptops after takeoff.