Skip to content
Business
Markets stay on edge as North Korea dismisses Trump’s warning. Global stock markets were mostly lower, as investors continued to fret about the simmering tensions between the U.S. and North Korea. Pyongyang hit back at threats from President Donald Trump, branding his warnings as a “load of nonsense”. The hermit state also announced plans to launch four rockets near the U.S. Pacific territory of Guam by mid-August, saying preparations should be ready in a matter of days. 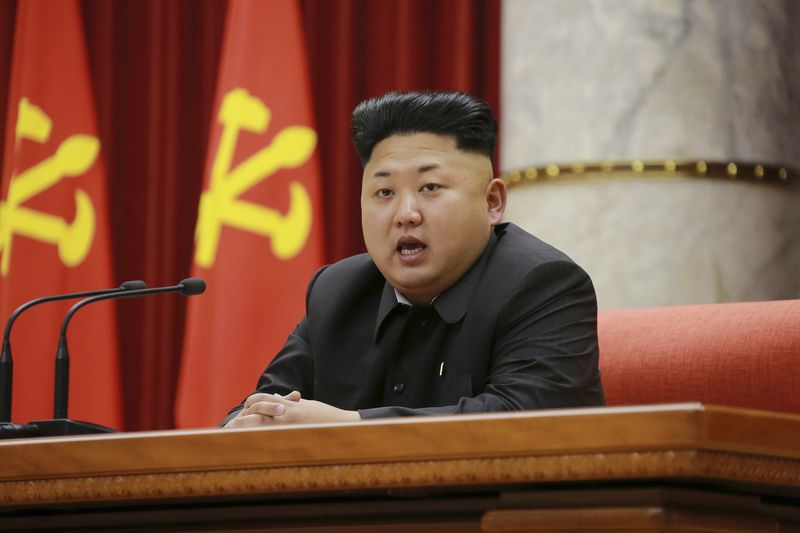 Asian stocks were lower across the board, with shares in Seoul slumping to a seven-week low. In Europe, shares were also weaker in mid-morning trade, deepening losses from the prior session. Meanwhile, U.S. stock futures pointed to a lower open on Wall Street.

Investors looked ahead to a key batch of U.S. economic data to gauge how it will impact the Federal Reserve’s view on monetary policy. Reports on producer prices and weekly jobless claims are both due at 8:30AM ET (1230GMT). Comments from New York Fed President William Dudley will also be in focus. He is due to speak at 10AM ET (1400GMT) about wage inequality in his region. Dudley’s comments will be scrutinized to gauge whether the Fed’s view on low inflation appears to be transitory or a longer term problem. The dollar index, which tracks the greenback against a basket of six global peers, was at 93.65 in early trade, up around 0.3%.

Struggling retailers, such as Macy’s and Kohl’s are due to report quarterly results ahead of the opening bell, as earnings season begins to wind down. Recent IPOs, including Blue Apron and Canada Goose, will also post results ahead of the open After the closing bell, earnings are due from Nordstrom, Snap and News Corp. Market darling NVIDIA also reports late in the day.

Oil prices extended gains, as data showing a sixth consecutive week of declines in U.S. crude inventories added to optimism that the market was rebalancing. U.S. crude was last at $49.90 a barrel, up 35 cents, or about 0.7%, while Brent oil added 53 cents, or roughly 1%, to $53.23 a barrel, a level not seen since May 25. Oil traders looked ahead to OPEC’s monthly report for July to further assess global oil supply and demand levels.

Gold prices continued higher, rising to a fresh two-month peak amid deepening anxiety over the war of words between the U.S. and North Korea. Comex gold futures rose to a daily peak of $1,286.10 a troy ounce, a level not seen since June 8. It was last at $1,284.60, up $5.30, or around 0.4%. The yellow metal scored its sharpest daily rise since mid-May on Wednesday as investors piled into safe haven assets amid intensifying tensions between the U.S. and North Korea.