Boutique accommodation, universities and luxury hotels await the 32 World Cup teams heading to Qatar to compete in one of the world’s largest sporting events from 20 November.

24 of these teams will be staying within 10km of Doha, providing fans with the opportunity to do some serious star spotting.

Group by group, these are the hotels that national teams will be calling home from early November 2022.

Teams in Group A

This opulent hotel backs onto the green spaces of the Aspire Park, and could easily be mistaken for a French chateaux or country estate in middle England.

The property is fitting as an escape for the hosts to prepare in sumptuous surroundings with 139 rooms, fully equipped gym, outdoor and indoor pools and a spa.

The Dutch team will have to live up to their billing as one of the World Cup’s dark horses with an impressive recent run of form.

Their hotel matches the class of the Dutch teams of the past, with 335 rooms and an Olympic-sized swimming pool in which players can relax weary legs.

A new steakhouse, the Astor Grill, opened recently, while a huge selection of restaurants can be found at the nearby Al Gassar Resort.

Less salubrious surroundings await Senegal, who have been allocated a sports hall from which to make their World Cup preparations.

The Duhail Handball Sports Hall opened in 2014 ahead of the World Men’s Handball championships a year later.

The Olympic standard venue sits alongside the adjacent Al Tarfa and Duhail districts. 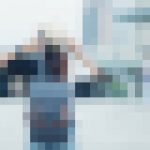 How to Approach World Cup 2022 Stadiums?

Hidden Ways To Save Money That You Might Be Missing

‘La Tri’ will be staying close to Hamad International Airport at the Hyatt Regency Oryx Doha for the duration of their stay in the tournament.

The hotel is home to a variety of dining options, with Chinese restaurant Chi’Zen and Spanish themed The Cellar sure to be popular choices for team staff.

Teams in Group B

Manager Gareth Southgate and the English FA took the decision to base the squad further out of Doha, to focus on the challenge ahead.

This boutique hotel has all the Arabic flair you would expect with stunning sea views and an all-day Mediterranean style restaurant – Jarnen.

With direct access to the Mall of Qatar, this hotel is the perfect spot for players who may want to pick up souvenirs during their stay in Doha.

It also has an outdoor pool and gym to keep the squad in top condition for the difficult games ahead.

The American national team will be based in the heart of The Pearl – Qatar, a man-made island home to a long list of luxury hotels.

The Kempinski hotel the likes of US and Chelsea star Christian Pulisic will call home for the World Cup has a number of high end restaurants, including Spanish eatery El Faro, Toro Toro and a sports bar.

The Dragons will be staying at one of the new hotels in Doha that is due to open this month.

Located in the heart of West Bay, close to the cruise ships where many supporters will be staying, the 32-storey hotel is likely to be a popular venue for fans with a number of food and beverage outlets.

One of the tournament favorites, Argentina, will be staying in more modest surroundings when compared to their tournament rivals.

The Qatar University campus in Education City may not offer all the tourist trappings of West Bay and The Pearl, but a quieter base could be just the preparation Lionel Messi and co may need to secure their third FIFA World Cup.

Robert Lewandowski and his teammates will be staying at this Andalusian themed luxury hotel in Al Duhail South.

A huge leisure pool or hotel spa will be the perfect spot to unwind and prepare for games as the Poles aim to qualify from the group stage for the first time since 1982.

Staying 45 minutes outside of Doha at the Murwab Resort, players will enjoy the tranquil surroundings of the 58 private villas within the hotel grounds.

The tournament’s second ‘El Tri’, Mexico has also chosen a Murwab Resort as a World Cup base camp.

Slightly closer to Doha at around 25 minutes, the Mexican players will also enjoy the luxury solace of the resort’s 52 villas, complete with private terrace and pool.

The holders may be beset with their traditional struggles of controversy and discontent in the build up to the tournament, but France can put all that aside once settled into an oasis of calm at Al Messila by Marriott Bonvoy.

A huge spa across 14,000 square metres will be the perfect spot to rejuvenate, while a walk through the hotel’s indigenous scented gardens could provide the perfect recovery tonic between games.

Close to Doha Mall and the DECC metro station, this 278 room hotel will be home to the Tunisian national side during the tournament.

The hotel has a big gym, spa with a jacuzzi, steam room, sauna and outdoor pool.

Like Argentina and Senegal, Australia have decided to stay in purpose built accommodation for athletes rather than the glitzy hotels of central Doha.

The more modest surrounding of the Aspire Zone will be the base for Australia for the tournament, but it could be a brief stay as the Socceroos have been drawn in one of the more difficult groups.

The Retaj Salwa Resort lies on the gateway to Qatar on the Salwa Road and is a 30 minute drive into central Doha.

The hotel has 168 rooms and villas, as well as a choice of four restaurants for guests, including seafood eatery Fishkoza.

Like Argentina, the Spain football team will be staying at Qatar University in Education City.

The Japan team will be staying at one of Doha’s oldest and most well established hotels.

It offers plenty of places to recharge and unwind with more than 20 restaurant and bars making it a likely hotspot for fans.

Just 20 minutes from Doha city centre, the five start D2 Salwa will be home to Costa Rica during the World Cup.

The hotel has plenty of eateries, including the popular Lemon Garden.

Like England, Germany has preferred to stay out of town away from the madding crowds.

Zulal opened in November 2021 and is Qatar’s largest wellness resort.

Belgium will be hoping to emerge from another difficult group and make one of the stronger European challenges for the trophy.

A 3.5km private beach at the Hilton Salwa will offer the perfect spot for downtime for players between matches.

Canada could prove to be another surprise hit during the World Cup after an impressive qualifying campaign and will be staying in Qatar’s newest city – Lusail.

The Century Marina is in the heart of the city, a short walk from the National Museum.

With four swimming pools and a location close to central Doha, the second Wyndham hotel in the city will host Morocco.

The hotel has easy access to The Gate Mall and is a little further away from the beach than the city’s other Wyndham hotel.

Croatia are one of 24 teams staying within close proximity of each other in West Bay.

As the runners up in Russia 2018, this could be a last hurrah for some of Croatia’s vaunted stars such as Luka Modric and Ivan Perisic.

The hotel is also home to a Trader Vic’s and Shots sports bar so sure to be popular with World Cup fans.

The boys from Brazil are hot favourites to win the 2022 World Cup and for good reason.

The Westin Doha will be their home, probably until the tournament’s latter stages and well into December.

Players can relax and unwind at the hotels stunning outdoor pool or Heavenly Spa.

Team staff and hotel guests who choose to eat at the Thai restaurant Saffron will be treated to spectacular views.

Players can also unwind at the hotel’s Banyan Tree Spa, catch a film at the nearby Vox cinema or visit the Quest indoor theme park.

This is another new hotel built just in time for the start of the World Cup and the imminent arrival of Serbia.

The Rixos sits on the site of Doha’s first five star hotel and is an all-inclusive destination for guests.

This hotel is in Lusail and recently opened its doors in June and is connected to another new venue, the glittering Place Vendome mall that opened in April.

The 377-room hotel is the first from the European-born brand in Qatar and is inspired by the 1960s glamour of the French Riviera.

The hotel is inspired by the country’s pearl diving history, with chandeliers representing mother of pearl shells, and coral reef art on the walls of the lobby.

The Qatar World Cup is likely to be Cristiano Ronaldo’s last chance for glory, and he is surrounded by stars in the national team who will be staying at the Al Samriya Autograph Collection Hotel.

This is another new hotel due to open this month with 60 rooms, 27 villas, and is close to the FBQ Museum.

Home to the South Korea Football team the Le Méridien City Center is close to the Delta Hotel where the Welsh will be staying.

Once open, the hotel will have 353 rooms, and six restaurants and bars, including Mediterranean restaurant KAZA.

The African stars will be staying close to the home of Qatar’s best football team – Al Sadd.

The Pullman Doha is yet another new hotel built specially for the World Cup.

It will be home to the Uruguay national team, a side that traditionally punches well above its weight at World Cups.