1. Can I buy a vehicle that uses natural gas?

Probably, depending on where you live. There are more than 24 million natural-gas vehicles in use worldwide, including about 160,000 in the U.S. Any vehicle, from a passenger car to a truck to a train, can use the fuel, if it’s built that way, or converted. While many manufacturers “offer factory-built natural-gas trucks, step-vans, transit buses and school buses, there are fewer options for consumers who need light-duty cars, vans and pickup trucks — but the market is starting to turn,” according to CNG Now, an industry advocacy group. There are natural-gas versions of the Honda Civic and the Ford F-250 pickup, for instance. 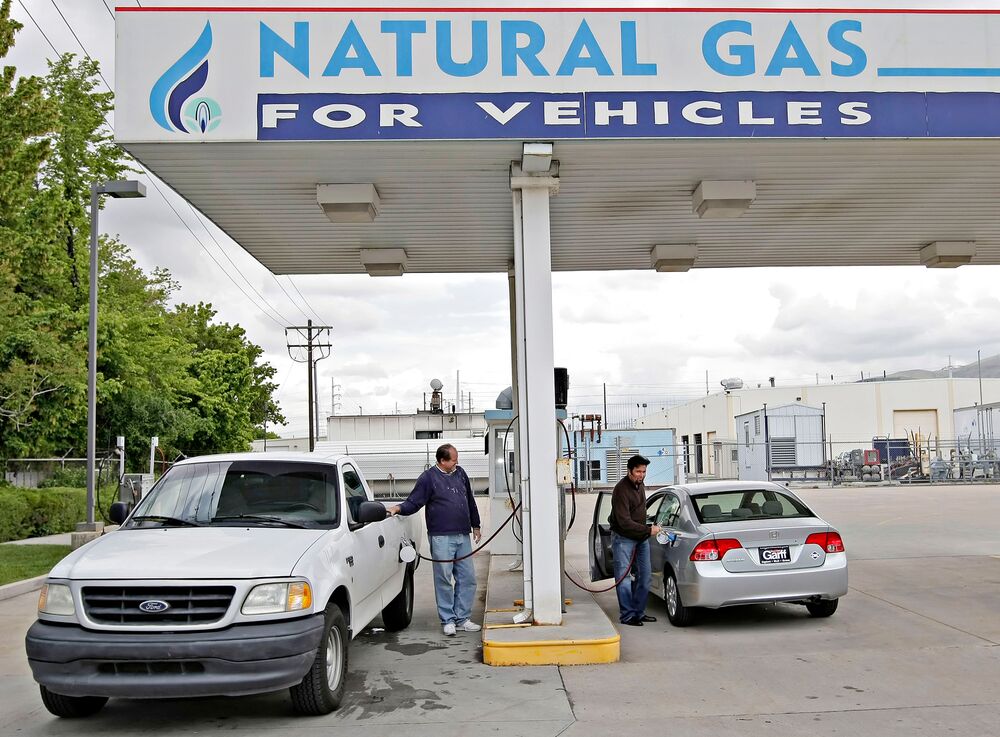 2. How do natural gas-powered vehicles work?

They’re powered by internal-combustion engines, just like gasoline-powered cars. There are two major ways to use natural gas as a fuel. Compressed natural gas (CNG), the most common form, is delivered to filling stations through pipes and compressed before being pumped into specially designed fuel tanks. Liquefied natural gas (LNG) is a more complex product. Gas becomes a liquid, and its volume shrinks by 600 times, when it’s chilled to minus 162 degrees Celsius (minus 260 Fahrenheit). The costly infrastructure needed to keep the gas cold restricts its use primarily to shipping and to large trucks. Besides natural gas, there’s also a renewable form known as bio-gas, or biomethane, harvested from organic waste matter.

3. Where are the biggest markets?

China, battling some of the worst air pollution in the world, leads the planet in natural-gas vehicles. It has a long history of using LNG as a truck fuel in some central and western provinces, where companies set up small liquefaction plants to convert locally produced gas. LNG-fueled truck sales in China jumped sixfold in the first half of 2017 over the previous year, as policy changes favored the cleaner-burning fuel, according to Wood Mackenzie Ltd. Beijing in September 2017 banned older diesel trucks from parts of the city from 6 a.m. to midnight daily. By one estimate, China should represent almost half of the global market in 2035. California, meanwhile, produces so much biomethane that it can displace about 25 percent of diesel used for transportation there, according to California Natural Gas Vehicle Coalition. Another promising market is India, where, according to Allen Abraham, an analyst at Bloomberg New Energy Finance, consumers would choose a CNG vehicle over an electric one if there’s access to CNG fueling stations (though most consumers would still prefer petrol or diesel.)

4. What are the obstacles to widespread use of natural gas?

The biggest is the lack of infrastructure — pipes for delivery and compressors or freezers for fueling. In addition, LNG vehicles need equipment to keep the fuel cold. An LNG station may cost up to $4 million and a large CNG site as much as $1.8 million, according to the U.S. Department of Energy. Converting your car to run on CNG would also come at a cost. The limited number of filling stations remain an obstacle to the expansion of the technology. In Europe, the authorities are helping fund the development of the network and proposing that by 2020, LNG refueling stations are installed every 400 kilometers (248 miles) and CNG stations every 150 kilometers.

For countries trying to meet their climate change pledges under the 2015 Paris agreement, natural-gas vehicles produce less greenhouse gas emissions than their gasoline and diesel counterparts. For consumers, natural-gas engines last longer, and the fuel is as much as 50 percent cheaper than diesel. In marine shipping, the change is being driven by new international pollution rules that will limit the sulfur content of fuels to 0.5 percent in 2020 from 3.5 percent today. One large container ship at sea emits as much sulfur oxide emissions as 50 million diesel cars.

Probably, which is why some natural-gas proponents hope only to be a bridge to that future. Under this line of thinking, natural-gas cars and trucks stand a chance to be ascendant over the next 15 or 20 years — a period of time when reducing emissions will be a global priority — before being overtaken by cars that are plugged in.

7. How realistic is that?

Natural gas stands its best chance to be a go-to fuel choice in ships, a decent chance in trucks, and faces a challenging path when it comes to cars. Electric vehicles account for only 1 percent to 2 percent of total vehicles sales in most markets, but sales are picking up for some automakers. EVs already hit around 3.4 percent of total sales for BMW in the first three quarters of 2017, and sales by Chinese automakers are even higher, according to Bloomberg New Energy Finance. In Europe, electric vehicles dominate sales of alternative fuel vehicles. While registration of gas-powered cars increased by 13 percent in the third quarter, battery, hybrid and plug-in electric cars each showed gains of more than 50 percent, according to the European Automobile Manufacturers Association..

Sources and photo-credits:  Bloomberg with assistance by Dan Murtaugh