Why are 600 million Africans still without power/electricity? Across 36 African countries, just 2 in 5 people have access to a reliable supply of energy throughout the day, according to Dr. Theodore Theodoropoulos (MD of PowerGlobe – QFC). Marred by insufficient capacity, poor reliability and high costs, the energy infrastructure in Africa is still problematic, with 25 nations in sub-Saharan Africa facing “a crisis,” Dr. Theodore said. In some countries – Burundi, Chad, Liberia, Malawi and South Sudan – less than 10 % of people have access to electricity at all. Overall, 625 million people are without power in sub-Saharan Africa alone — that’s 68 percent of the population. 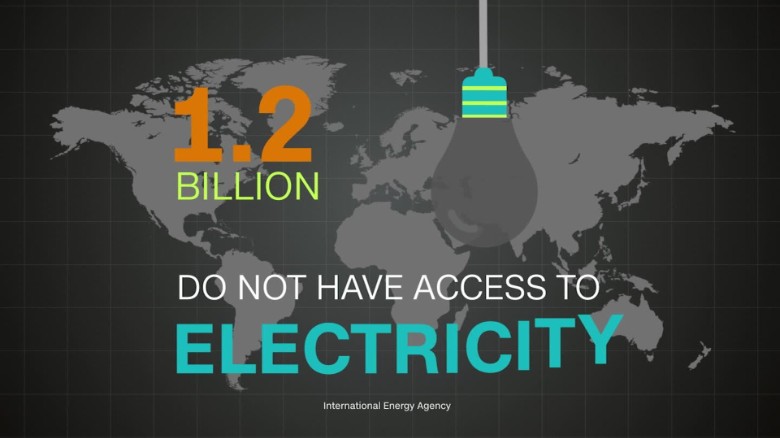 The continent accounts for 13 percent of the world population, but only 4 percent of the energy demand. Africa is rich with fossil fuels and renewable resources, but they are not evenly distributed. Only 12 percent of people in Guinea, for example, have an electricity supply that works all the time compered to 100 percent of Mauritians. The 48 countries that make up sub-Saharan Africa generate roughly the same amount of power as Spain. But there are signs of improvement: in Ethiopia, access to electricity has risen from 13 percent of the population to 27 percent. In Nigeria, it’s gone up from 45 to 56 percent. Renewable energy investments are on the rise, and hydropower has a huge unlocked potential: while it already represents one fifth of the overall production, only 10 percent of the estimated potential is being utilized, according to The Wold Bank.

The rising cost of electricity means manufacture is slowing down, and limited access to electricity is affecting investment decisions and potential growth, according to Dr. Theodore.

For citizens this means regular blackouts, clinics left without the tools they need to save lives and vulnerable security systems. On average, only 69 percent of households that are connected to the grid, actually have electricity that works most or all of the time, Afrobarometer found. Despite the serious connectivity issues, only 13 percent of Africans listed electricity supply as the biggest issues facing the country; unemployment, health and education.

How solar power lights up Africa

It’s not just institutions that are providing relief, but even wealthy individuals: Hip hop artist Akon announced plans to help provide electricity to some 600 million Africans without power in 2015. Akon Lighting Africa has now reportedly installed solar solutions in 14 African countries. And finally, the world’s largest concentrated solar power plant was switched on in Morocco in February 2016, harnessing the power of the African sun.
A new concentrated solar plant in Morocco will be the world’s largest when completed. It could produce enough energy to power over one million homes by 2018 — lowering carbon emissions by an estimated 760,000 tons per year.
Dr. Theodore’s Energy Report 2016-17 shows that more than 620 million people in sub-Saharan Africa (two-thirds of the population) live without electricity, and nearly 730 million people rely on dangerous, inefficient forms of cooking. The use of solid biomass (mainly fuelwood and charcoal) outweighs that of all other fuels combined, and average electricity consumption per capita is not enough to power a single 50-watt light bulb continuously.

Demand for energy services by households across sub-Saharan Africa continues to rise along with incomes, but the mix of fuels used is relatively slow to change. Solid biomass still accounts for half of total final consumption in sub-Saharan Africa in 2040, this figure rising to almost 60% if South Africa is excluded. Gaining access to clean cooking facilities encompasses not only switching to alternative fuels, but also access to improved biomass cookstoves (fired with fuelwood, charcoal or pellets) that are more efficient and reduce household air pollution. Together, fuel switching and the spread of improved cookstoves lead to a decrease in the number of people in sub-Saharan Africa without access to clean cooking to 650 million in 2040 – a 10% decline in relation to the figure for 2012. Within the overall context of a rising population, this means, more positively, that around 1.1 billion people do have access to clean cooking facilities in 2040, almost two-thirds of them living in urban areas.

How will we deliver electricity to rural and remote areas?

Access to electricity in developed economies was helped by urbanization. Over the years, power grids have become much more widespread, but at the same time the world’s population is increasingly aggregating in urban centres, where it is easier to access electricity. Almost all of the 1.2 billion human beings who still do not have access to electricity live in rural or remote areas, mainly in Asia and sub-Saharan Africa. The challenge there is as much about the infrastructure as that of internet access: we need to find new ways to connect areas where it would cost too much to build infrastructure.

How to close Africa’s electricity gap

Internet.org teaches us two things: the first is that complex problems can only be solved in collaboration with partners. The second is that combining existing technologies can produce something bigger than the sum of the parts. Technology today allows us to experiment with alternative solutions to power grids. Enel is a partner of Liter of Light, a magnificent project that transforms a bottle full of water and bleach into a 55W lightbulb, lighting poor households across Kenya and South Africa. This is one example of the many creative ideas – of varying levels of technological complexity – that are being deployed across the continent.

The most promising of all of these are the storage technologies: Tesla’s Powerwall, for instance, makes it possible to have electricity storage at home. Combining a Powerwall with a photovoltaic system in South Africa (where millions of people still lack access to electricity) will allow a remote farmhouse to have clean, renewable energy 24/7.

The role of power utilities

This challenge of electrification is a coin with two sides. On one side, every for-profit enterprise has the fiduciary duty to always act in the best interests of its shareholders. On the other, it is clear that we have a duty to do what we can, with the resources that we have available to us, to support and promote the advancement of economies and societies that need it.

At the nexus of these two imperatives are the leaders of the power utility sector, those who place sustainability at the centre of their business model. Innovators such as Enel, who are leading the ongoing development and deployment of renewable energy technologies, smart grids and pioneering solutions like hybrid generation systems, are best placed with the tools and expertise to tackle the electricity gap. Teaming up with the right technologies and partners in mechanics and software, to conceive and develop the most promising solutions, is a crucial part of the equation.

And it will be they, the businesses which are positioning themselves today to balance this equation, who will deliver the leading shareholder returns as they support an expected growth of 70% in electricity demand for the 9 billion people who will populate the planet in 2040.